So, on Thursday morning (Asia time) Mitch and I hopped a plane from Singapore to Phuket, Thailand. We’d heard mixed reviews of this place. Lots of fellow travelers told us they disliked the city because it was very ‘tourist-y.’ We found out quickly they weren’t exaggerating. Of course we are getting a slightly biased view, as we are staying in Patong, Phuket, which is the main tourist area.

Apparently Patong, Phuket is a big resort town. There are many tourist resorts all throughout the Patong area. We’ve seen just as many tourists as we have locals here. Actually there are a large amount of Russian (or eastern european) people vacationing here. So much so that there are signs in the Cyrillic alphabet all over (I personally love it because I can read most of them, due to the little bit of Ukrainian I know).

The first few days we kept it very low key and just spent the days at the beach, and enjoyed our lush hotel room (king bed – $20/night). We did scope out a great little market that sells good food for pretty cheap. We’ve eaten Pad Thai, some chicken on skewers (fried in front of us) and some delicious spring rolls. We’ve also made 7 eleven our friend because, as we were told, there’s essentially a 7-eleven on every street corner that sells cheap “Ichiban-type” noodles, and grilled cheese sandwiches for under $1 Canadian. Also, 7-Eleven sells 750ml-1 litre beer bottles for about $2 Canadian.

Walking on the streets here is insane. There are almost no sidewalks, and you have to force yourself into traffic (there are crosswalks but they mean nothing to the drivers – unless you are in the middle of the road they are not slowing down for you). Check out our Facebook page for the videos of us walking down the road. 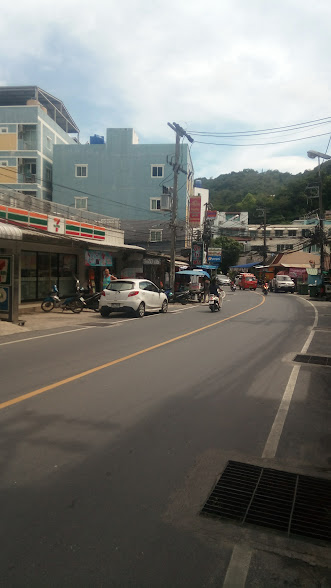 We also got the chance to check out a Temple in Phuket. Unfortunately we couldn’t go in the Temple so we wandered around the ground outside of it. It was the one part of Patong, Phuket that is quiet and doesn’t have traffic or tourists so it was a nice break. 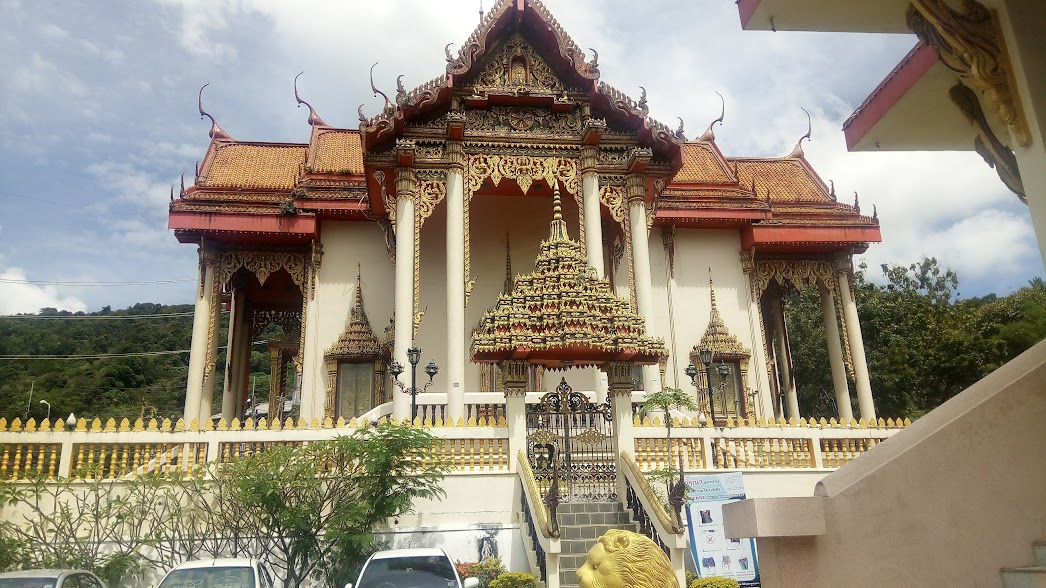 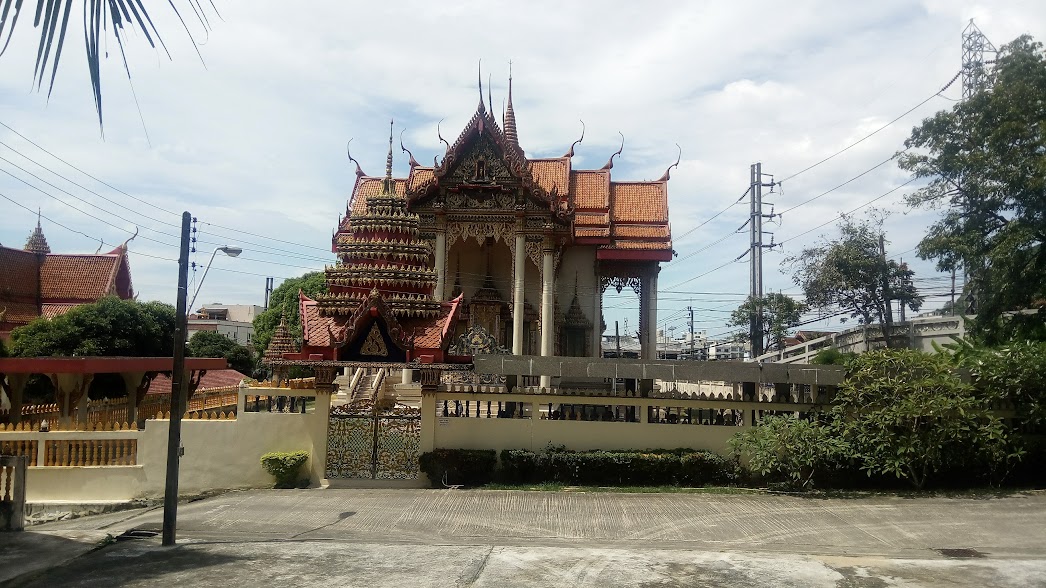 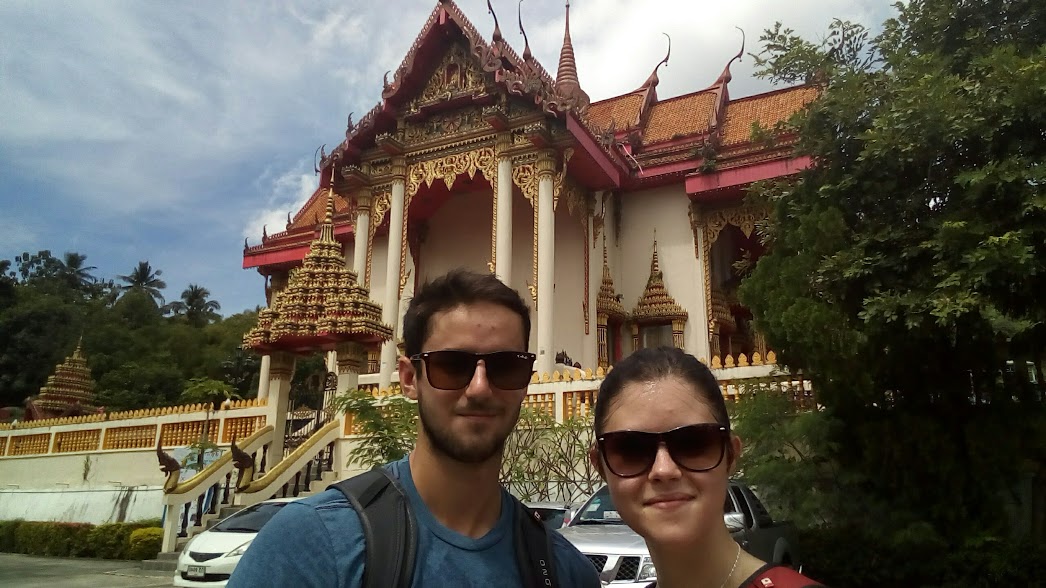 Lastly, with our remaining days we are planning on checking out Bangla Road (big party/nightlife road). Apparently this is what Patong is known for. Also, if we can we’re going to try to see some Muay Thai fighting, but if we’re not able to find any decent prices we’ll go see some later in Bangkok. Other than that, we’ll be working on our tans at the beach as both of us are getting pretty dark for the short amount of time we’ve been here. 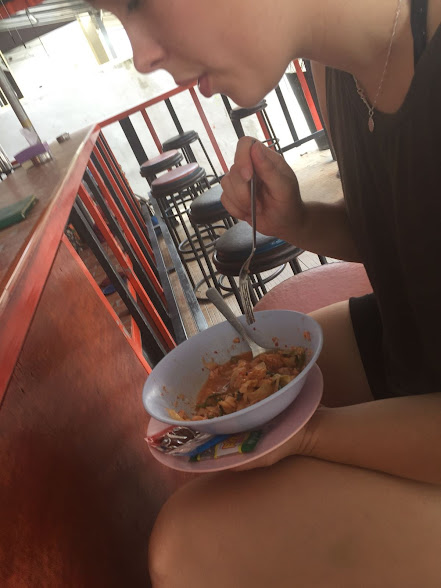 2. We saw a few children’s schools while walking around Patong. The kindergartens cafeteria was open to the outside (not open to public, just not closed off inside is all I meant). 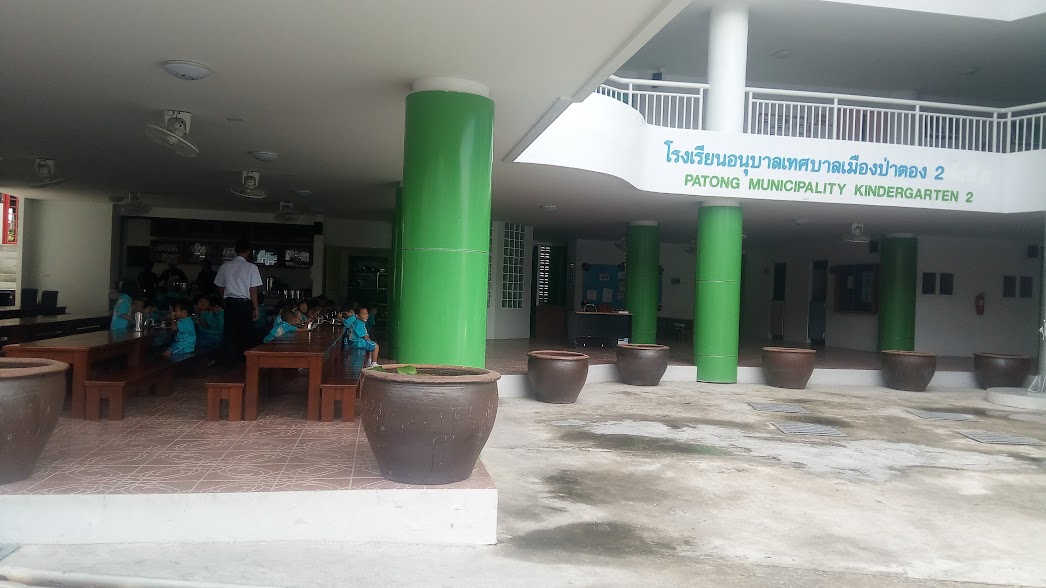 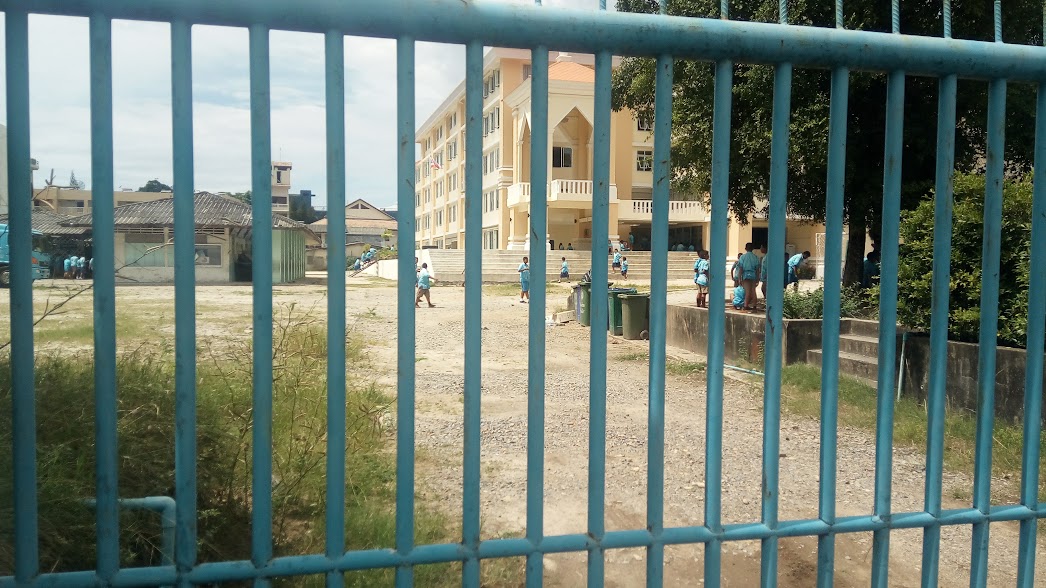 3. We went to the main shopping center in Patong and in the middle of it (outside) was a kids cheerleading competition. 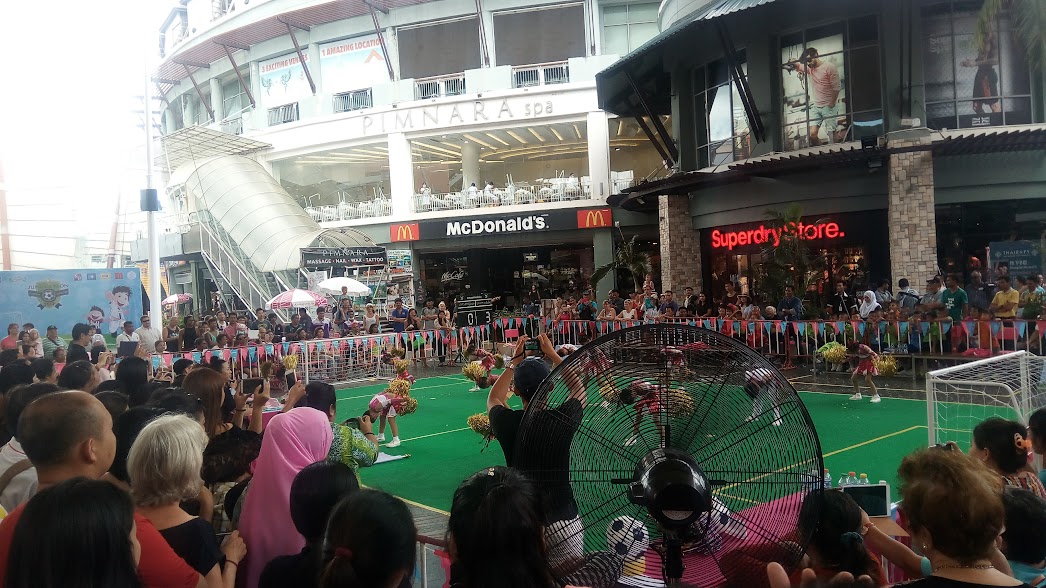 4. There are some insane restaurants here. 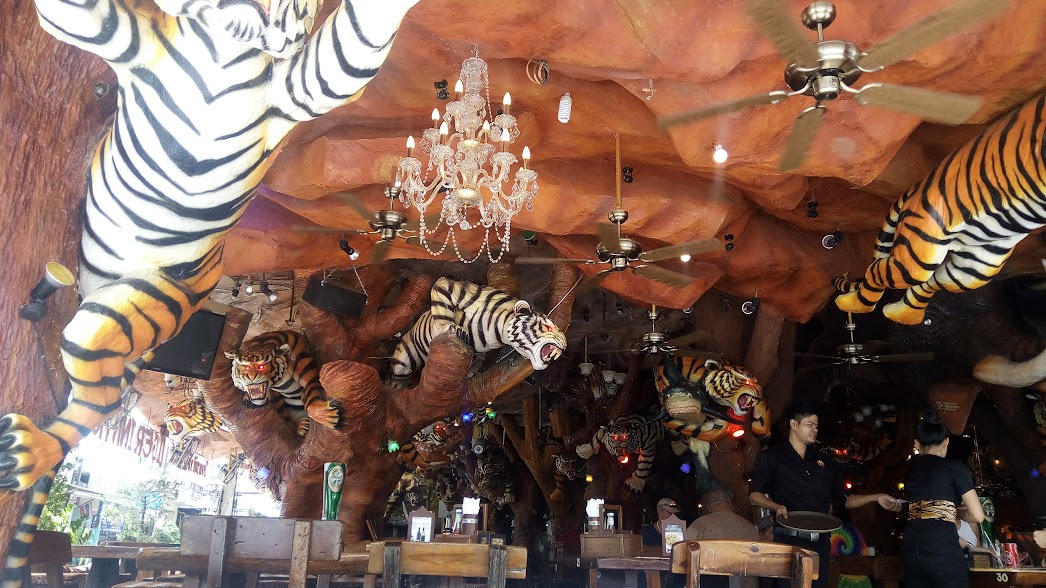