We decided to get in the spirit of Patong and join the nightlife of Bangla Road. 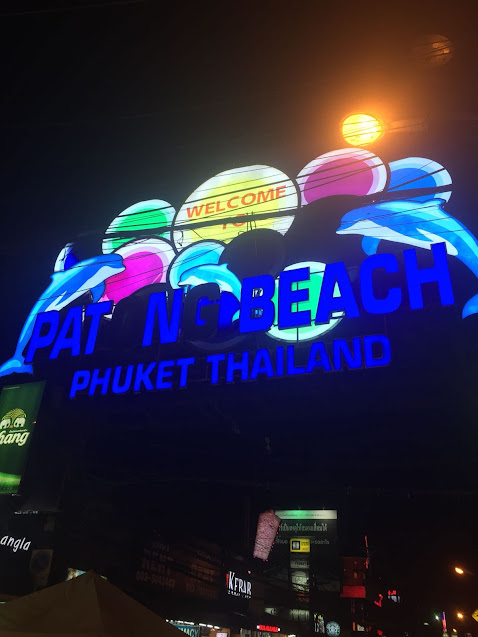 It is insanely busy and crowded at night and there are hundreds (no exaggeration) of locals holding up signs that say “Ping Pong Show This Way” littered throughout the street that are very annoying. 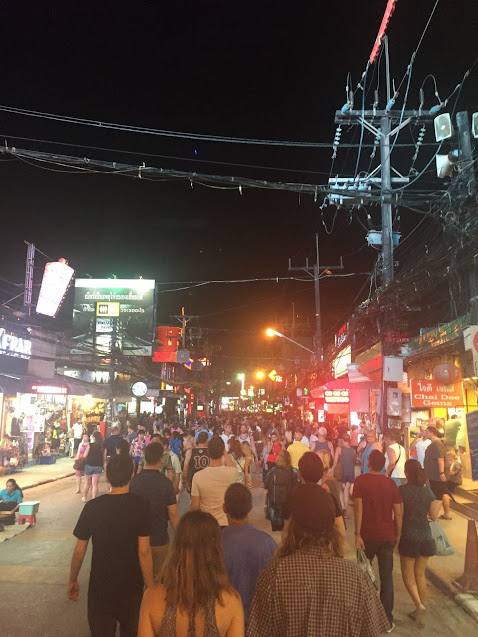 We had originally planned on going to a night club that we bought tickets to on the beach ($10 up front on beach, and $20 at the door for unlimited drinks all night). But, when we arrived at the club it was super dead and so we decided to just cut our losses, say “Oh well” to the $10 we spent and go someplace better.
Eventually we picked a few bars out of the many down the street that we went into for a drink (mainly because they had a drink special and live music). Of course they were all playing western music though, so nothing new to us. Very cool though was the fact that the one singer in the bar was a caucasian man who must have been around 60 and he was really good! 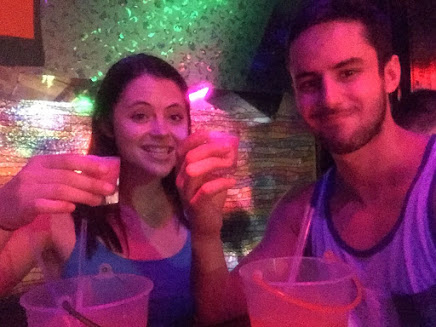 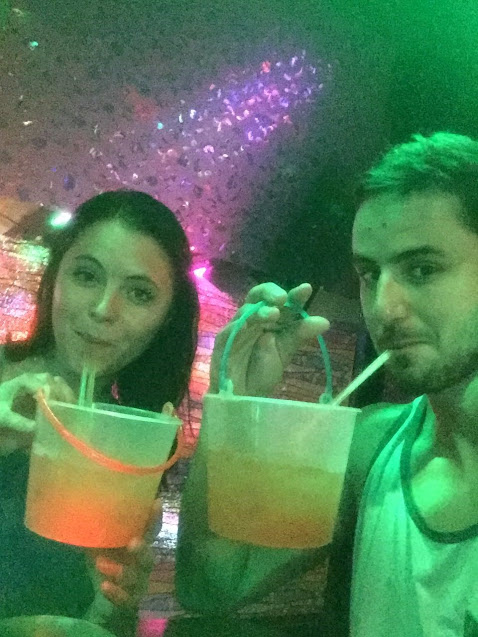 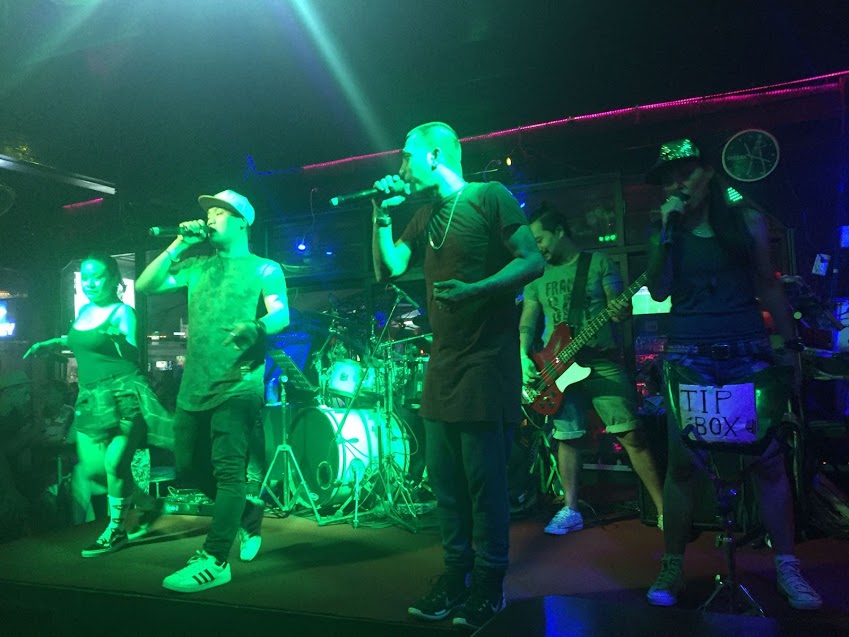 Then we saw a sign that said 5 beer for around $14 CAD so we decided to go in. Only after we were in the place did we realize we had walked into a “Gentleman’s Club” putting on a Ping Pong Show. After being scarred for life we grabbed our bucket of beer, left and took a “tuk tuk” home (Thailand’s version of a taxi – kind of an open back little vehicle).

After our crazy night, the next day was really low key (I wasn’t feeling so hot – see pictures of the buckets of alchol above), and we ended up staying in our room out of the heat, other than for supper.

The next morning we hopped a bus to the ferry pier and hopped a ferry to Koh Phi Phi Don. This is the main island where everyone stays in the Phi Phi Islands. These Islands are breathtakingly beautiful mountain islands, with gorgeous beaches, clear water, white sand, and great snorkeling areas. Leonardo Di Caprio’s film “The Beach” was actually filmed on one of the Phi Phi Islands.

Koh Phi Phi Don is really cool in the fact that there is no motorized traffic. Its such a small little area of the island thats developed that you either reach locations by boat or by walking. After spending the first half a day at the beach we took in the night life on the beach. Which is insane. Apparently Koh Phi Phi is known for its party/nightlife. We saw fire shows and there was limbo and jump rope with free shots for all attempts. The music was so loud that we could still hear it from our hotel a ways away when we decided to go to bed.

The next day we went on an all day boat tour that took us to many places among the Phi Phi islands:

1. Monkey Beach
This beach is aptly named as it is a beach home to monkeys. Monkey’s that like to climb on people, as you can see from the pictures! Thankfully they didn’t climb on us! 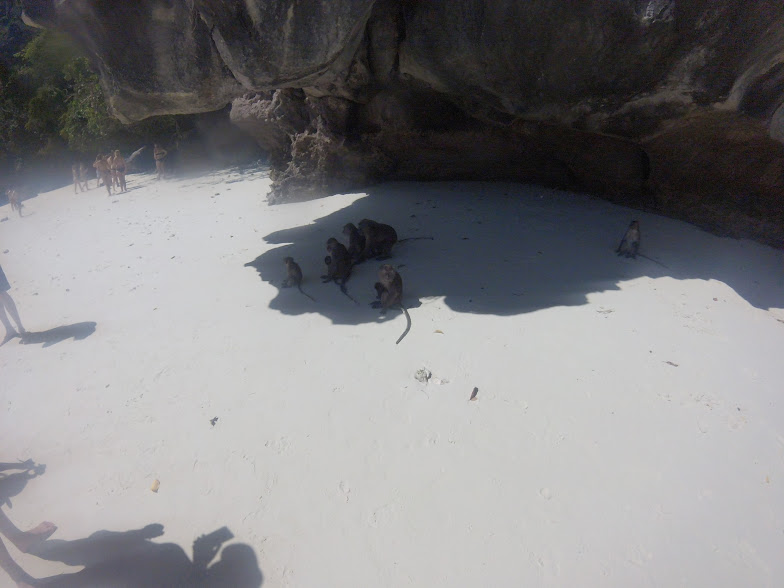 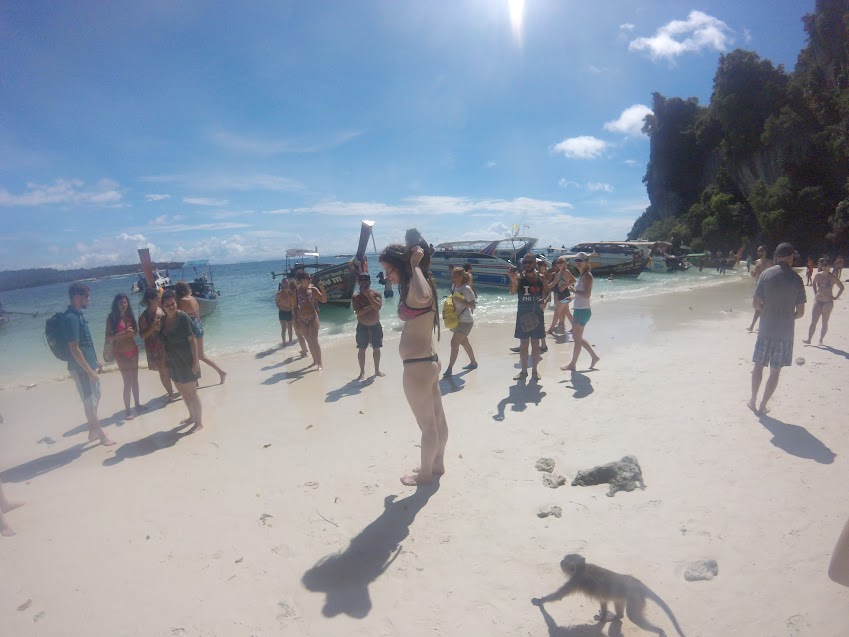 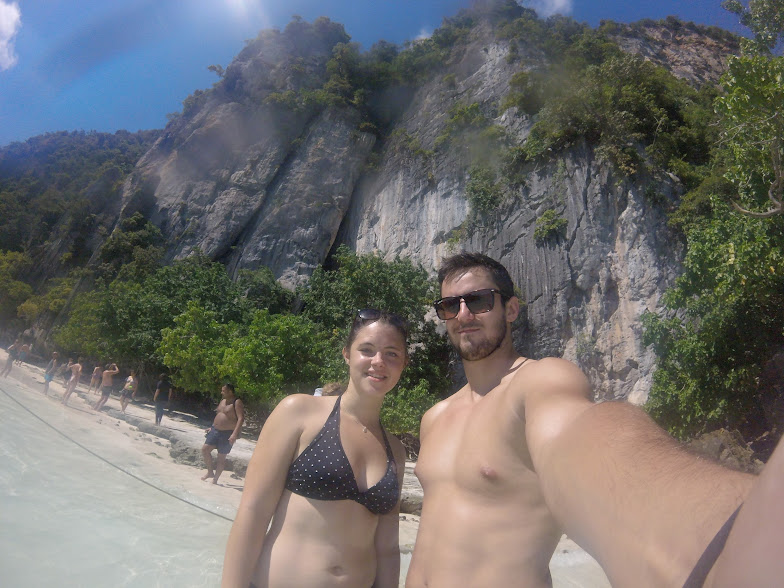 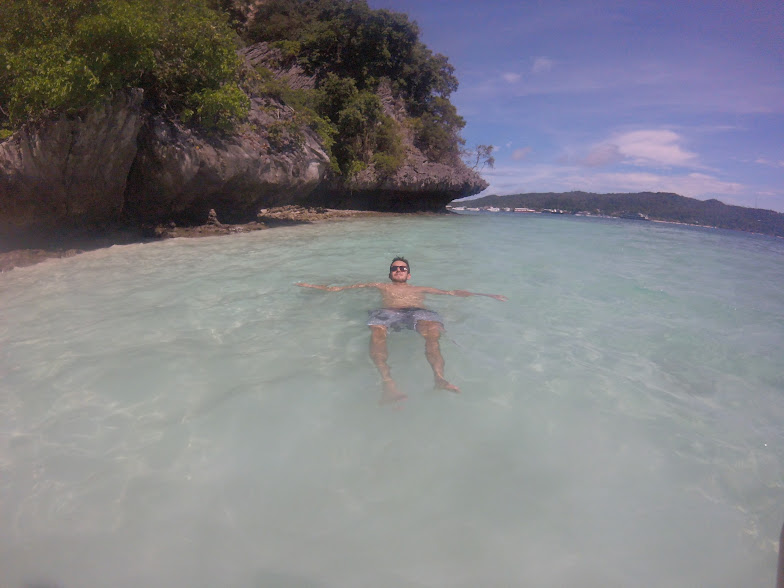 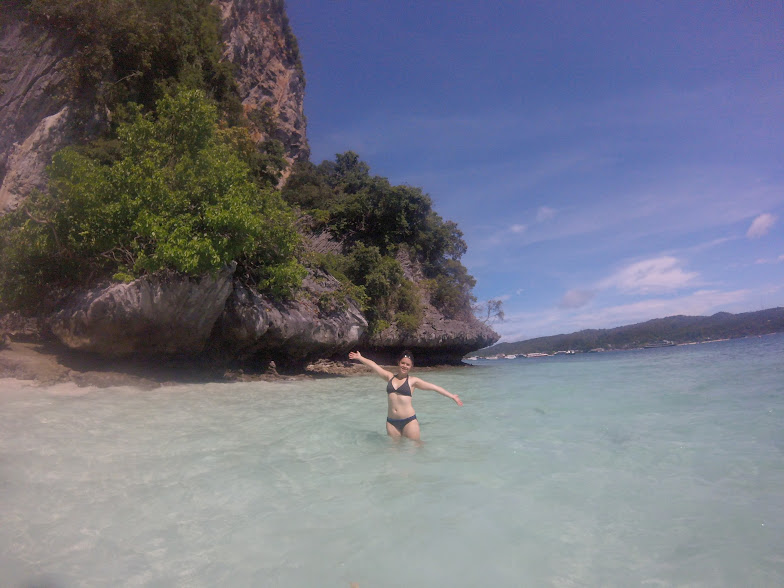 2. We went Snorkeling!
I don’t remember the area’s name but they stopped us at a location to snorkel around for 45 minutes or so. Luckily we had Mitch’s Go Pro to take pictures with and videos. 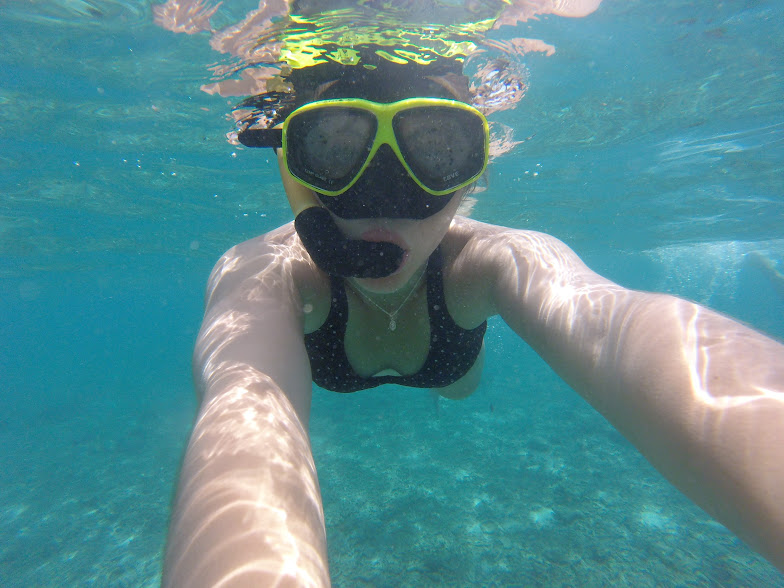 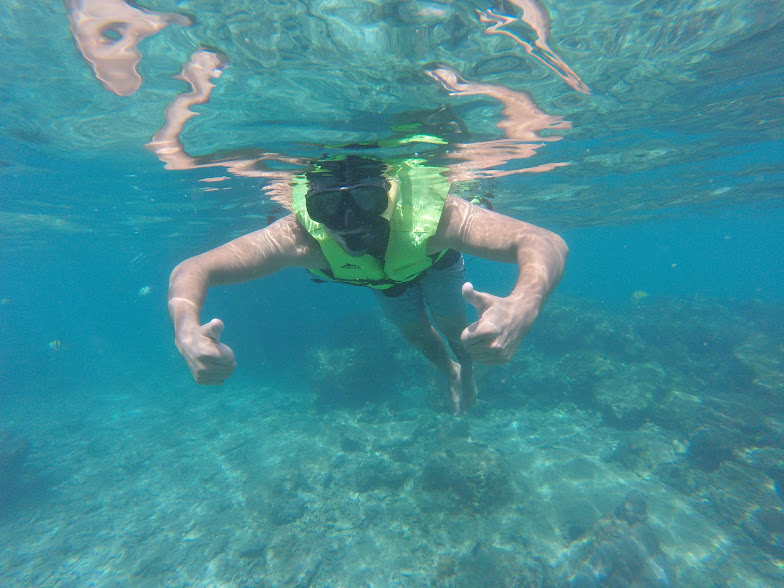 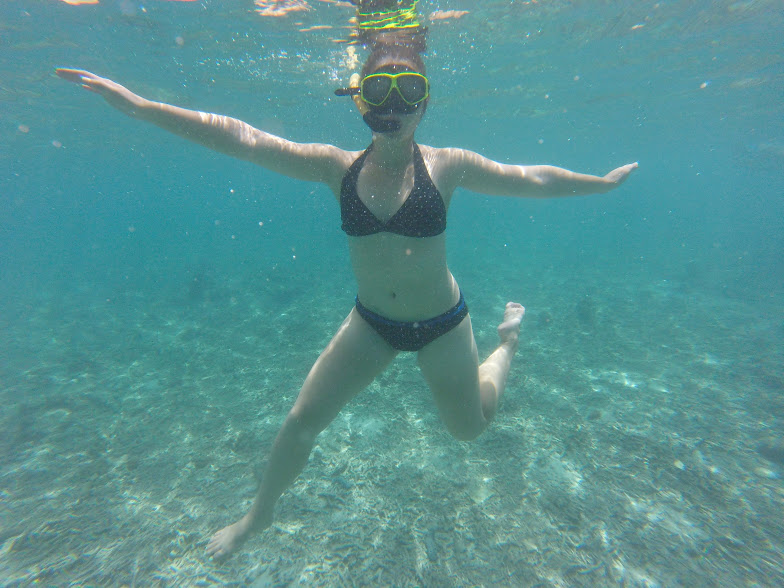 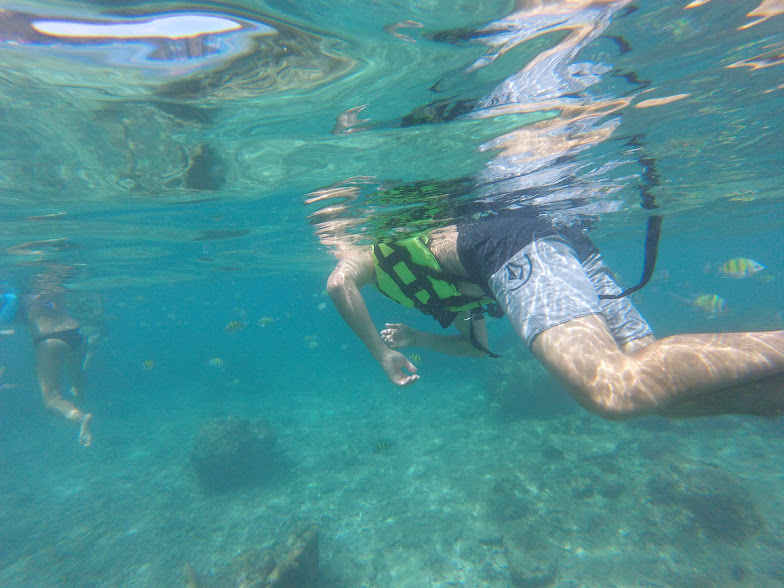 3. Bamboo Island
Our personal favourite. This beach was miraculous. Completely clear water, white sand, and thankfully not overly crowded! There was also a part of it that was still in disrepair from a Tsunami. 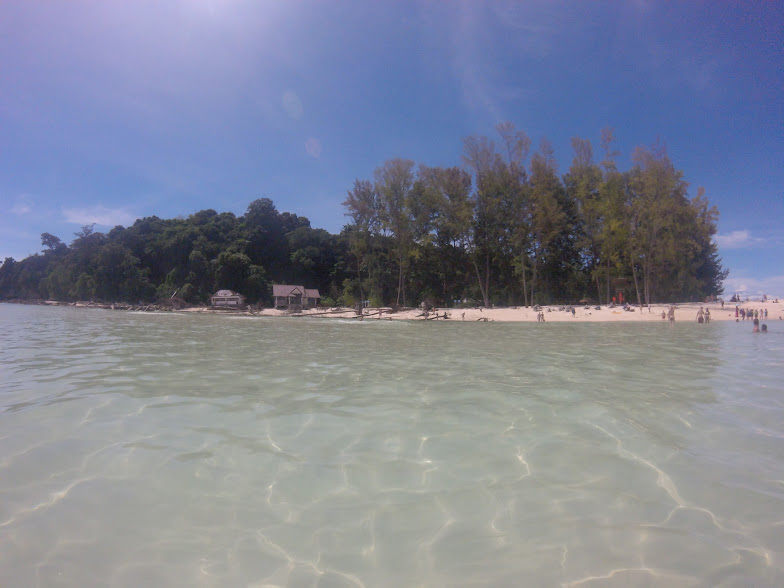 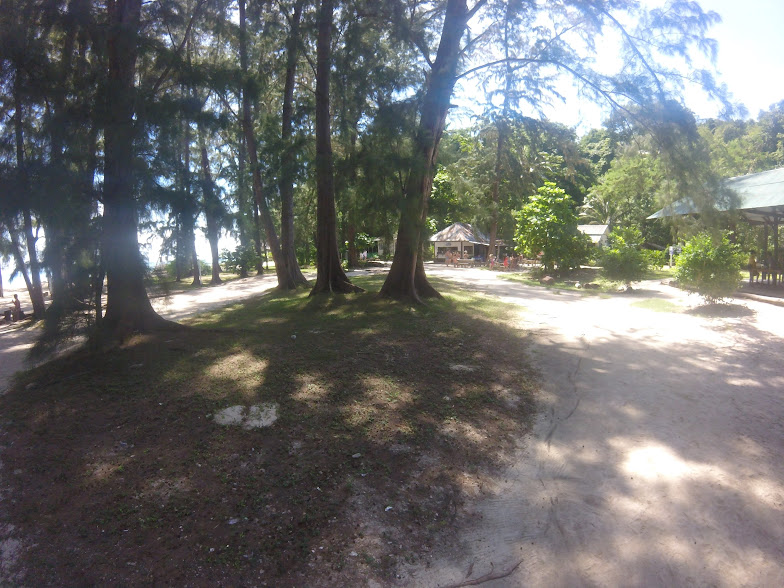 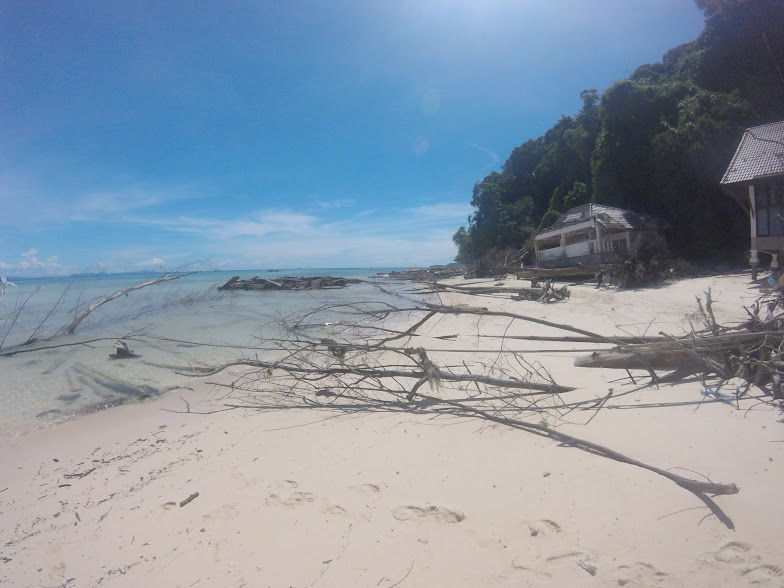 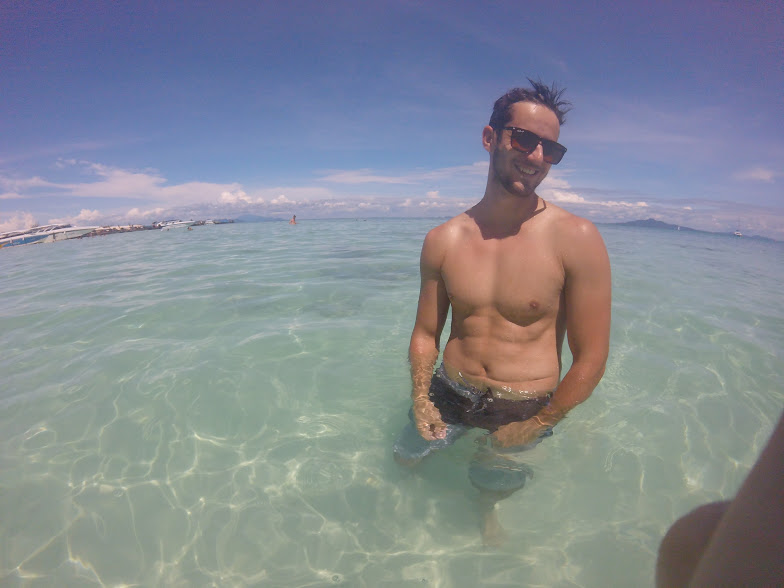 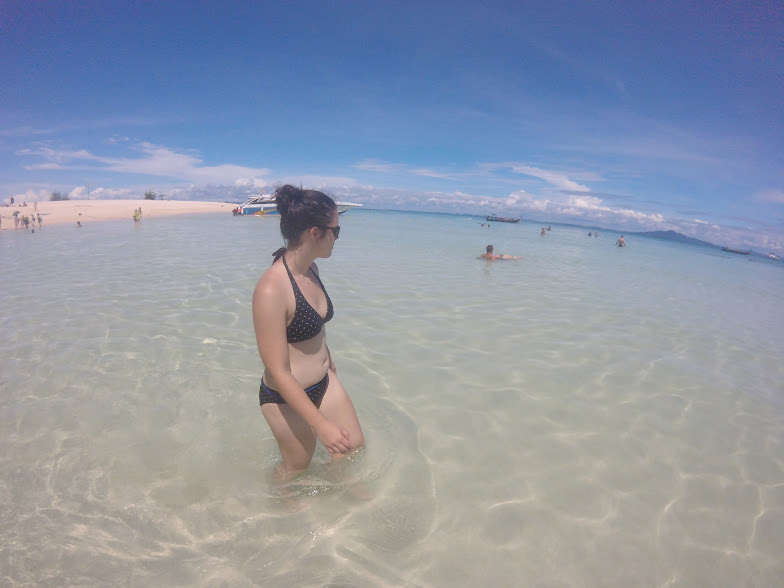 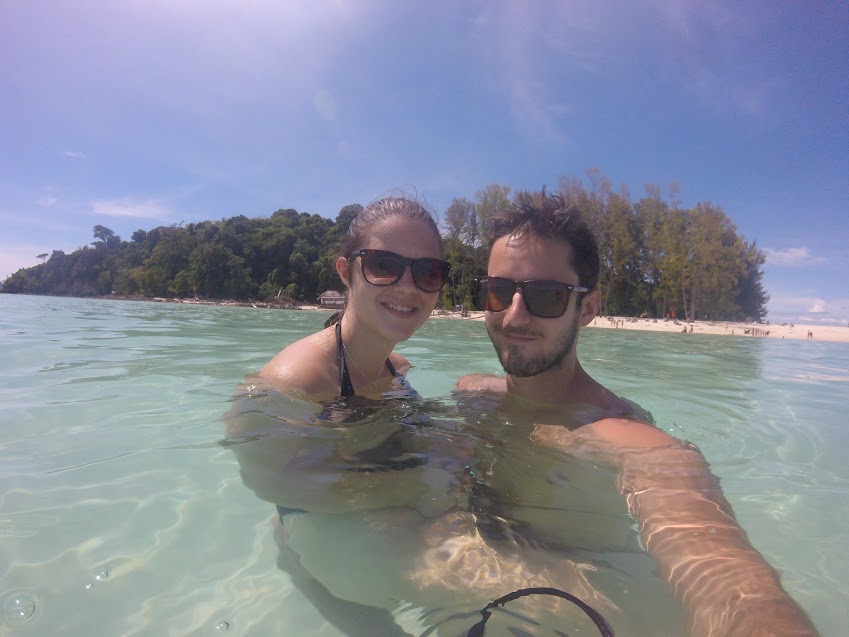 4. More Snorkeling, Maya Bay (The Beach Movie film spot) and Pileh Lagoon
By this time we were sick of trying to take pictures of everything so we just decided to enjoy it all. Maya Bay, while beautiful, was really overcrowded (due to its publicity) and was nice to see but probably not somewhere we’d pay to go again. Pileh Lagoon was beautiful. We had time to snorkel there but both of us were tired as this was the end of the day so we didn’t jump in. Which is a shame because we really should of. Just leaning of the side of the boat you could see straight down to the bottom, and see all the beautiful and colorful fish below. 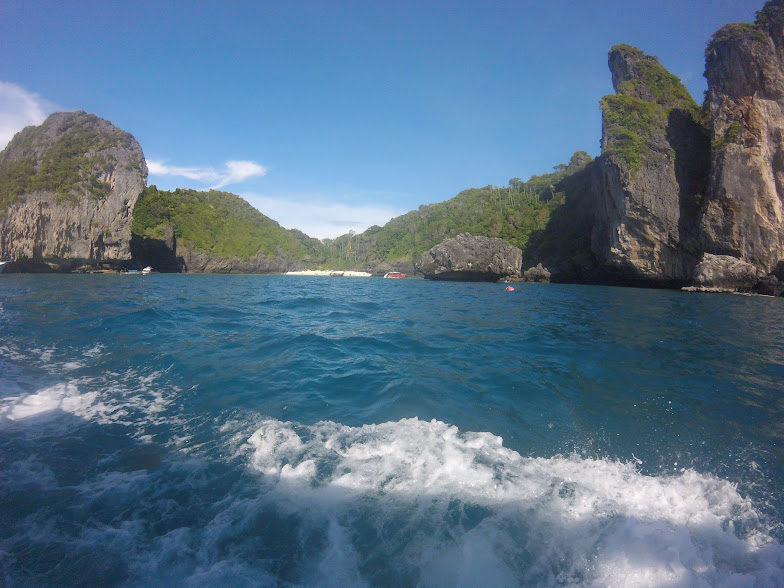 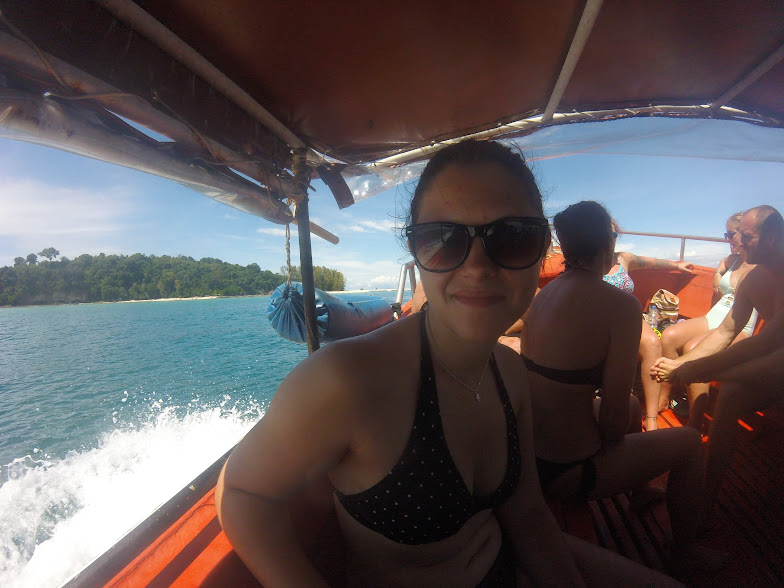 This entire tour was done on a long tail boat, and there were about 15 other people with us. After that long day we decided to just call it a night.

The next morning before we got on a Ferry to go to our next island, we walked 20 minutes up a rocky path to “The Viewpoint.” A lookout point that allows you to see over Koh Phi Phi Don. Absolutely beautiful. 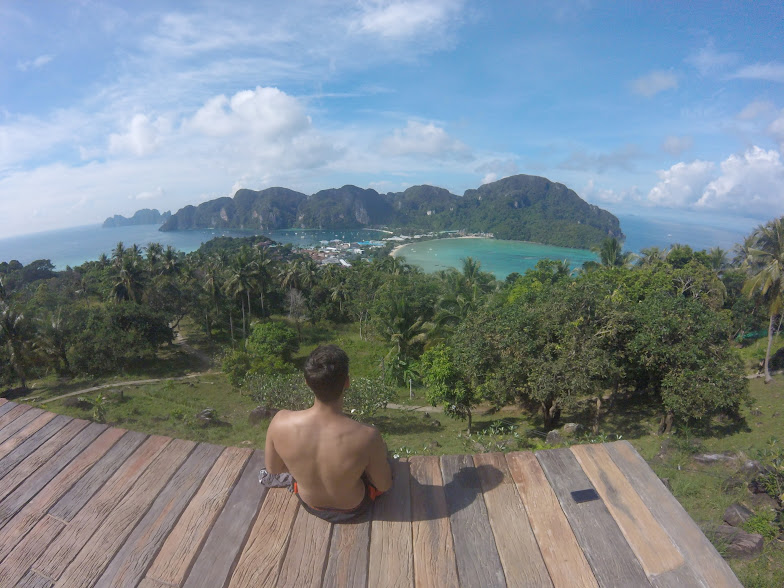 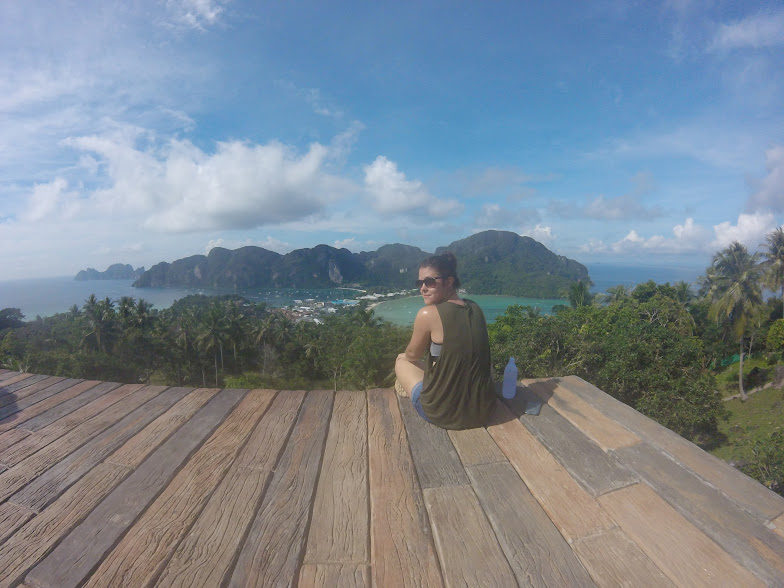 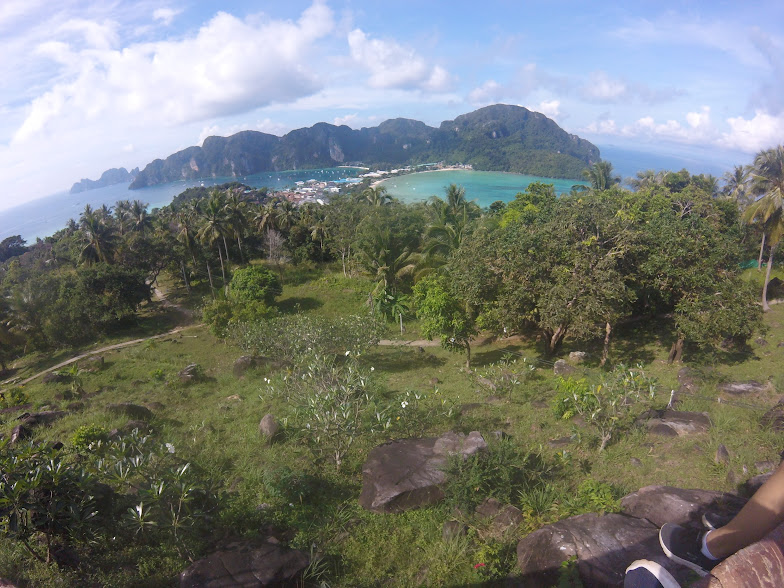