Our 4th stop was recommended to us by our friends Brad & Dusty who had spent some time in Koh Lanta a few years ago and fallen in love with it.

Koh Lanta has a really laid back beach vibe to it. In fact you can actually purchase joints and mushroom shakes (yes hallucinogenic mushrooms) at beach bars, just in case you need help getting into the laid back atmosphere. Apparently the bars just pay off the authorities to look the other way.

While not being as picturesque as Koh Phi Phi, or having a nightlife like Phuket, Koh Lanta has an easy going way of life feel that makes you want to lose days relaxing on a beach in the middle of nowhere.

We decided to stay in the same area as our friends had stayed a few years before. We were told to locate their friend Danny (a local restaurant owner), and his restaurant…… which turned out was pretty easy to do, when his restaurant ended up being almost across the street from where we were staying.

Koh Lanta was our place to relax. We’d taken in a lot of tours, and done quite a bit on our trip so far, that we just needed some down time here.

Mitch did sign up for fishing trip, but unfortuantely him and the one other guy that went (other than the guide) didn’t catch anything, and instead were rained on. He was definitely disappointed with it.

We also decided to learn to ride motorbikes in Koh Lanta because of its’ easy going, laid back feel. We rented a motorcycle and drove to “Old Town” on the other side of the island.

After Old Town, we went cave trekking (the cave was on the way back to our hotel). We paid 300 Baht ($12 CAD) to be guided through a cave. The trek up to the cave itself was physically demanding. Then the guide gave us headlamps and we descended on a wooden ladder down into a cave. It was really cool. We had a great group of people, 3 other people besides ourselves and the guide. We spent about an hour down in the cave climbing on narrow paths, looking at soaring caverns, avoiding the spiders that were larger than our hands just hanging out on the walls, and even getting down on our hands and knees to get through a narrow crawl space to exit the cave. Despite being so drenched in sweat that we were trying not to slip through the crawl space, it was an amazing experience!

Our last full day in Koh Lanta we spent getting Thai massages on this beautiful secluded beach that our hotel guy showed to us. Clear water, no rocks, and most importantly, very few people! Oh… and cows roaming the beaches. 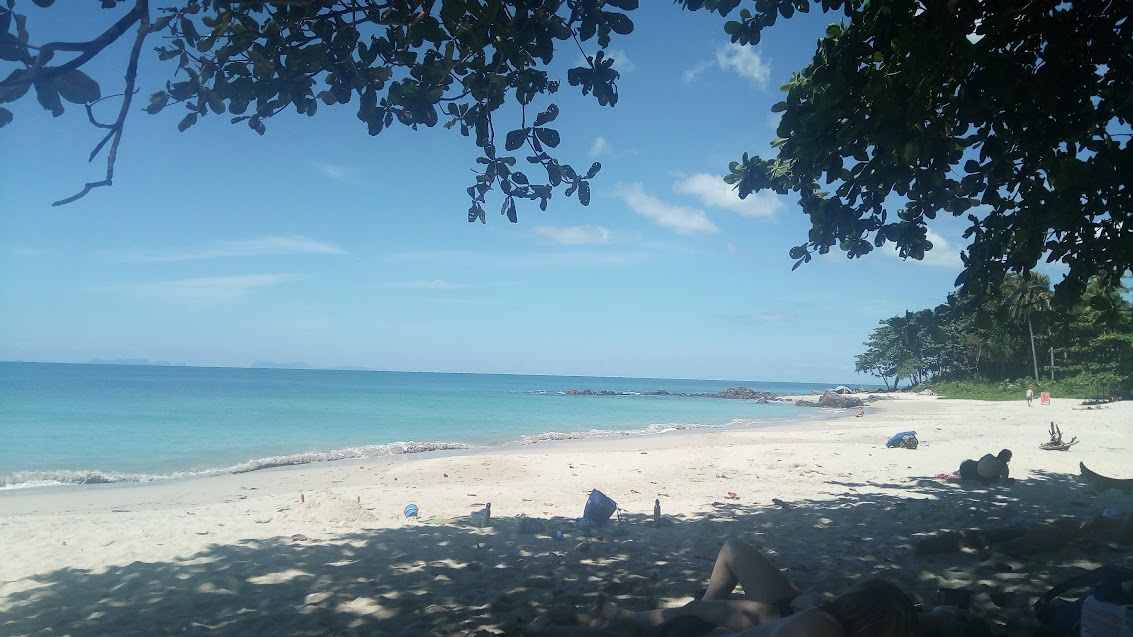 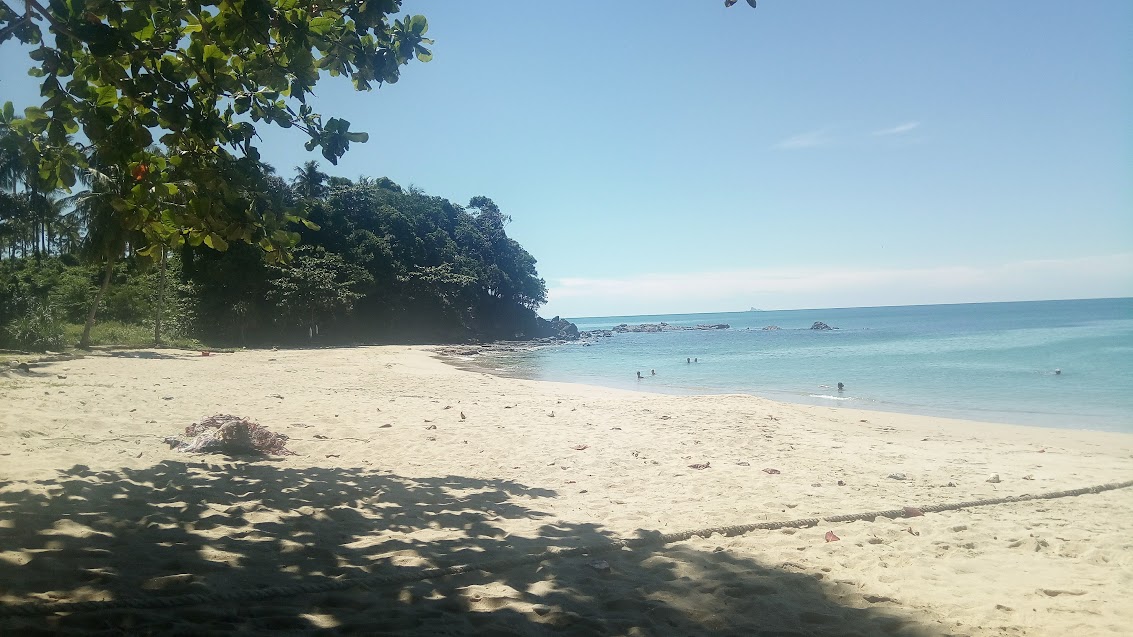 When we finally had to leave we were sad to go. Koh Lanta doesn’t have many picturesque sites to see, but it has a great laid back vibe to it. The people there are really friendly, super helpful and Danny’s food was affordable and amazingly delicious! We’d definitely go back in a heart beat. Especially now that we found this gem of a beach!