We wanted to head somewhere in Krabi Province next (made sense geographically). After looking through a Lonely Plant travel guide to Thailand my interest was peaked by Railay Beach. It was supposed to be beautiful. Unfortunately it’s a beach that’s only accessible by boat and not by mainland, so the resorts on the beach are very expensive. Hence our decision to stay in the nearby Ao Nang area which was cheaper.

The first day in Ao Nang we just had a hang out day. We were happy to finally have a comfortable bed and AC again, as well as a large balcony. So, we decided to just hang out on our balcony and explore the immediate area. We found a cute little restaurant called Muslim Kitchenette that had cheap and really good food!

However, that restaurant put a wrench in our plans for the next day when we realized that we weren’t feeling so good because of the food. We ate there later at night and what we think happened is that their chicken (which we ordered) wasn’t stored properly (temperature wise) throughout the day.

So, after spending two days doing nothing (1 day relaxing, 1 day recovering from being ill) we finally rented a few motor bikes and made our way to the downtown beach area of Ao Nang – not Railay Beach.

Checking out the Beach and Taking in a Snake Show!

Then we decided to drive to a snake show that Mitch had seen mentioned online. Wow was it cool. We watched crazy young men chase cobras and pythons around a stage, watched them kiss the snakes (yes, kiss!), and watched them narrowly avoid being bitten multiple times. 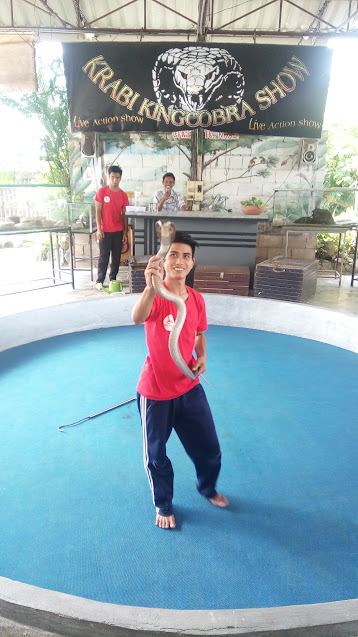 It was really cool to watch. They even showed us the venom of the king cobra, they managed to make it attack a little glass and the venom seeped into the jar so we could watch. They also wrapped a python around Mitch and another guys’ leg to show us how strong a python can constrict. 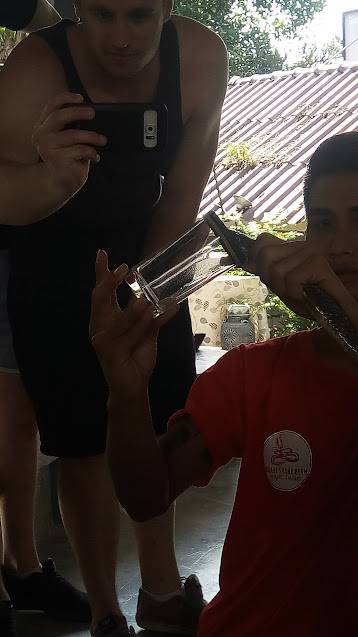 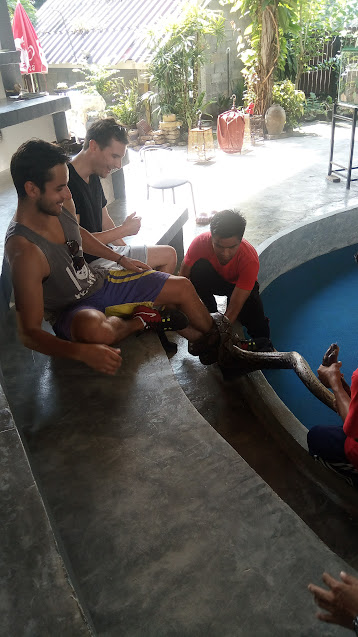 Definitely an experience we’d be hard pressed to find anywhere but Thailand!

On our last full day we decided to do rock climbing at Railay Beach. Thankfully we only did a half day tour. They picked us up from our hotel, got us all set up and let us try climbing 4-6 different routes. We were climbing limestone crags just off of the beach so that when we reached the top and looked back we were looking out over the water. It was pretty cool! 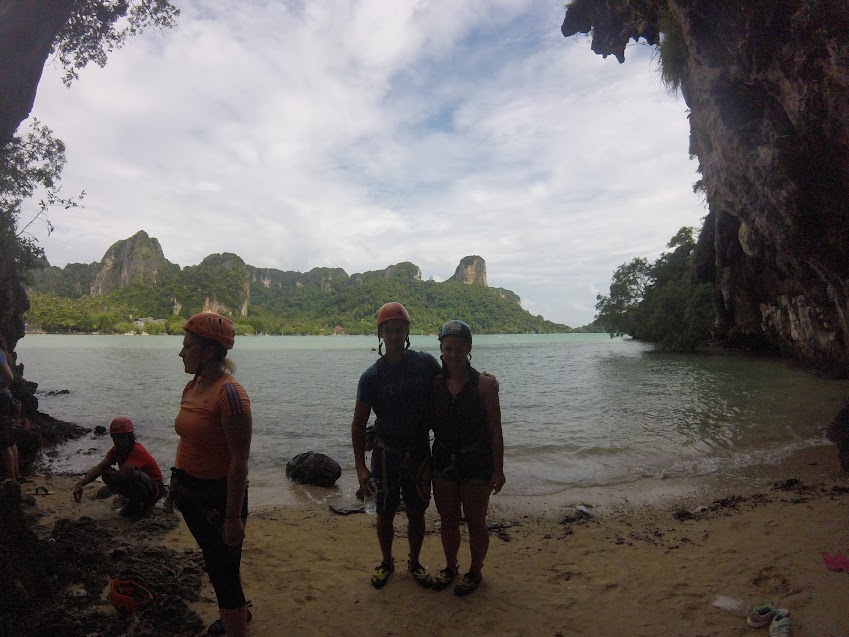 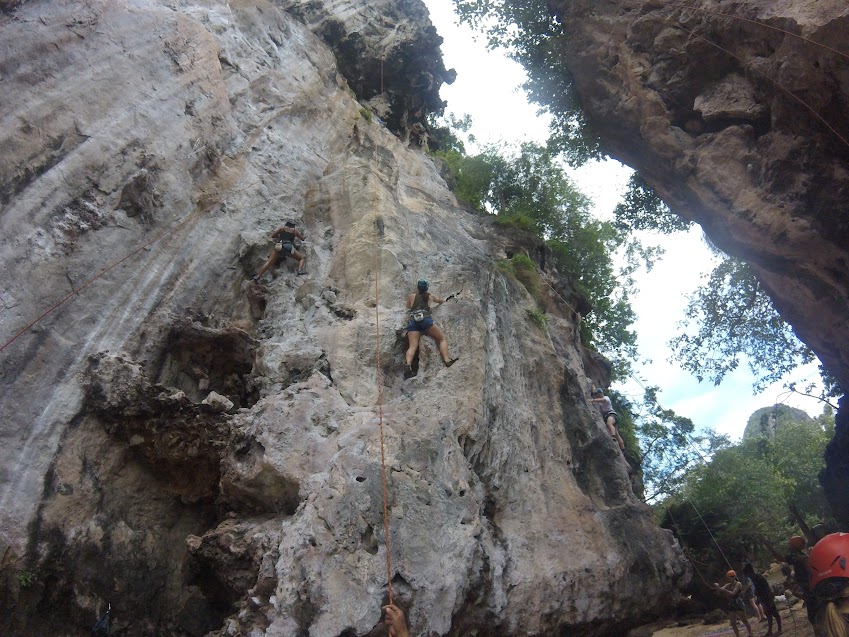 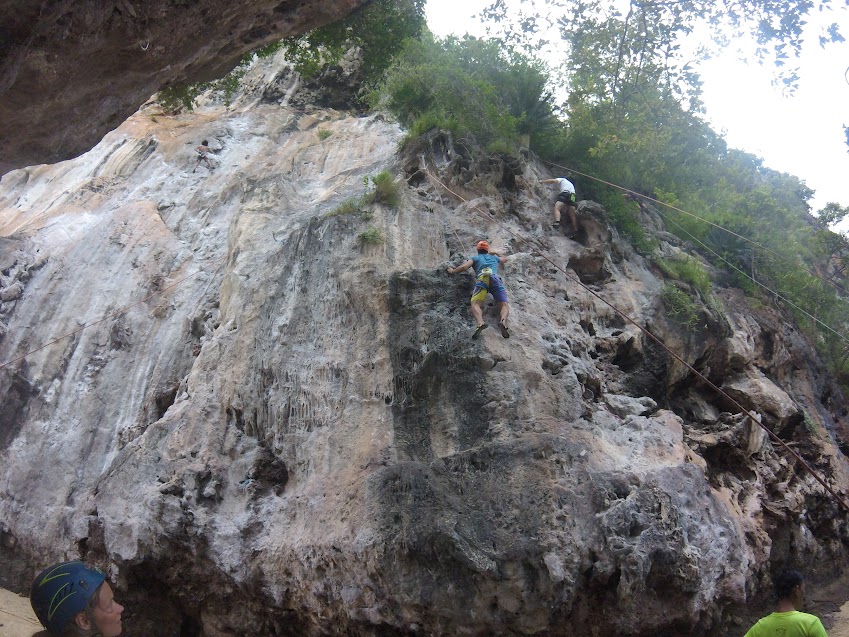 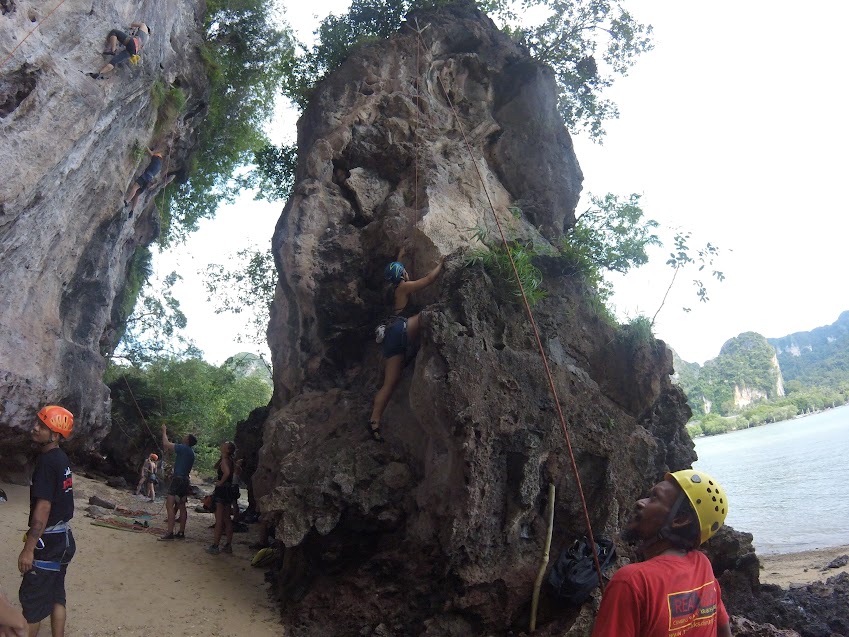 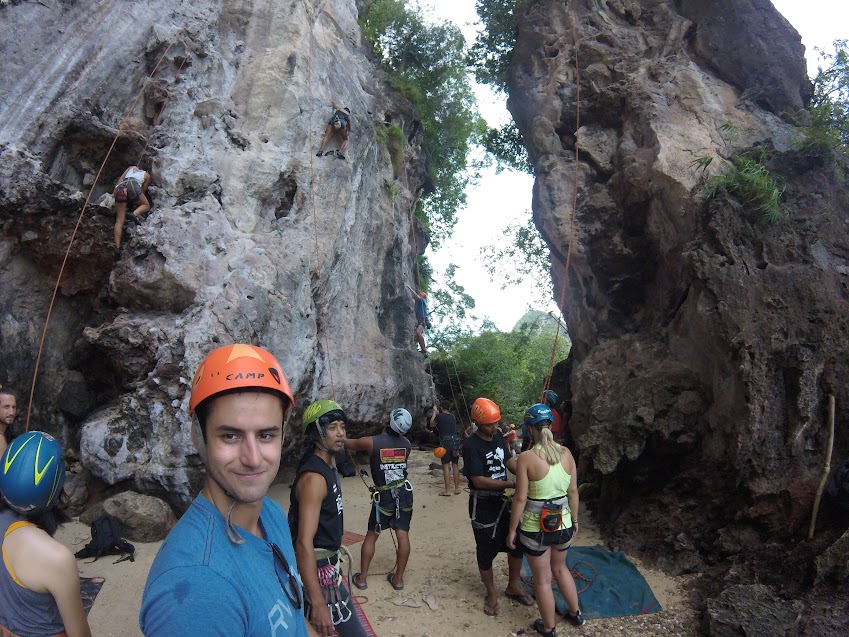 After we were done climbing they let us go over to the main beach. It was beautiful.

All in all we had a great time in Krabi area, between Ao Nang and Railay Beach. It was a great place to relax and try some new things.

Next –> We’re headed off to Khao Sok National Park for a Grand Jungle Adventure in a part of the Rainforest believed to be 160 million years old!